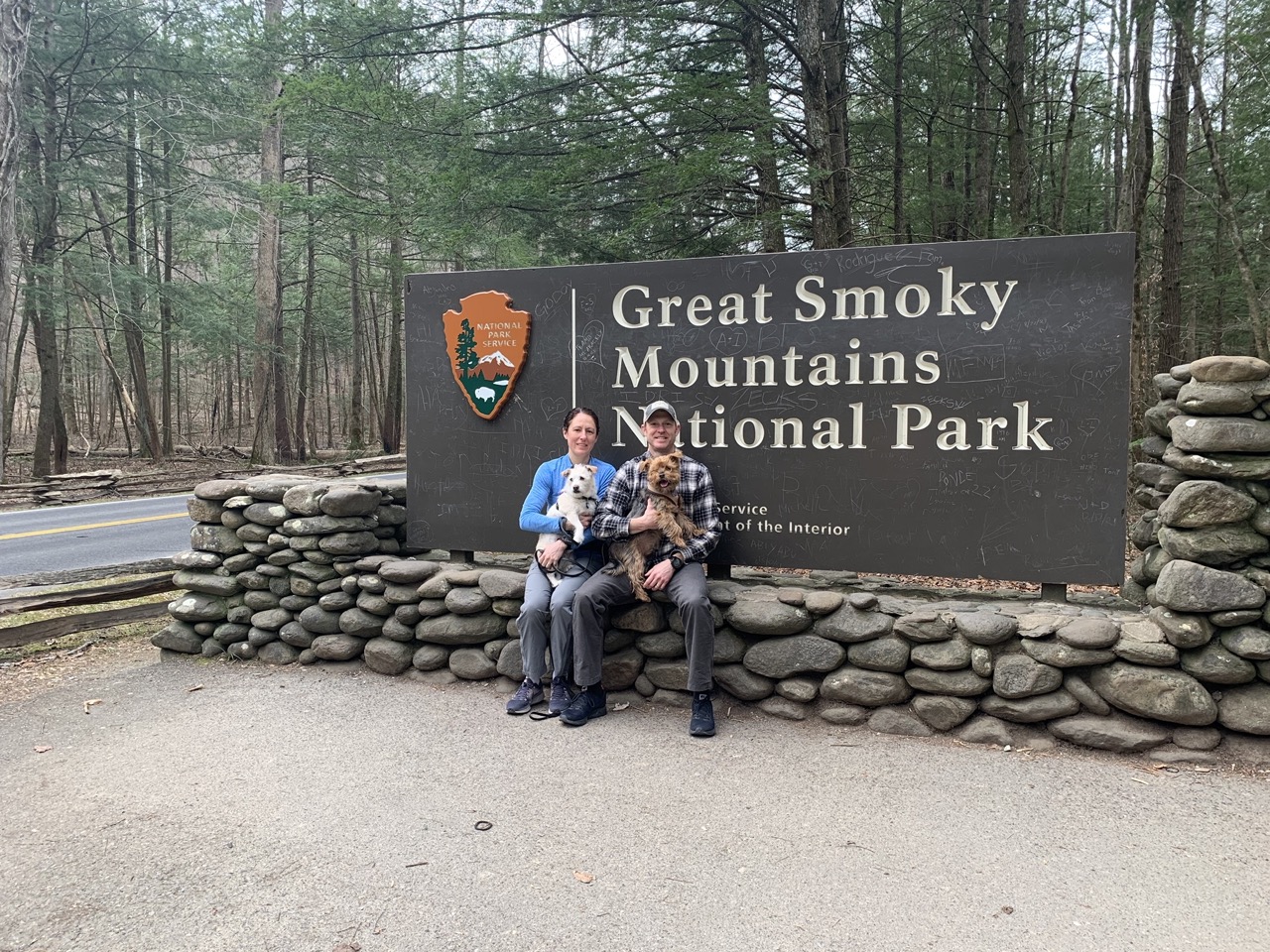 This past February, we loaded up the car and all drove down to Tennessee for a two-week stay in the Great Smoky Mountains National Park.  To knock the trip out in a day and not arrive too late, we woke up at 4 am so that we could be on the road by 5 am.

Besides the restaurant forgetting to include the pork sausage in my bbq combo takeout meal after a very long day, the trip went about as smoothly as possible.  It wasn’t until the next morning that I realized that my streak had come to end.

Before I go any further, I first need to rewind to the year 2014.  We had just gotten back from Sedona Arizona and I was finally inspired to give this meditation thing a try I’d been hearing so much about.  In case you didn’t know, meditation is BIG out there.

So I get home and start meditating.  I can’t remember how many days it lasted, but I’m pretty confident it wasn’t more than a week.  Then I’d pick it up again and then I’d stop again.  And this was how my relationship with meditation went for the next five years.

More starts and stops than you could possibly imagine.  I was just never able to garner any sustained momentum.  The best I could seem to do was sit for a week, maybe two, and then drop it like a hot potato for the next two months.

On and on this went, but for some reason I would always come back to it…eventually.

Perhaps on some level, I knew it was good for me?  I do remember liking how it would make me feel afterward.  I was even able to notice some tangible results, but it still never became a habit.

Fast forward to January 1, 2019 – this was the day things changed and the “streak” officially began.  I know I’ve been jumping around quite a bit here but I think you probably see where I am going with this.

Now I’m not bringing up that I had just reeled off an 1132-day meditation streak to brag and let everyone know how great of a meditator I am.  Rather, I want to highlight the fact that I essentially floundered around for five whole years before it finally clicked.

I’ll bet you can relate.  Maybe it’s not meditation that’s tripped you up but you’ve struggled to stay consistent with exercise or eating healthier.  It doesn’t matter what it is, what does matter is that it happens and what can you do about it?

Since I was on vacation when this happened, it allowed me some extra time to think and reflect  as to what made me successful this time as opposed to all of the other times.  So I made myself some coffee and then went out to the balcony overlooking the Smokies and pondered exactly that.

The answer was simple.  So very simple.

If you’ve ever read James Clear’s book Atomic Habits, he goes over his 4 laws of behavior change.  It turned out to be his Third Law – Make it Easy, that proved most instrumental for me.  Making the task easier and easier was the main thing that got me over the hump.

During my first failed meditation attempt, I remember always setting the timer for 10 minutes.  That proved unsustainable.  When I picked it up the next time, I remember learning that you could capture positive benefits from just 5 minutes a day, and even that wasn’t sustainable daily for me.

At this point, I remember thinking to myself that if I couldn’t do 5 minutes, it probably wasn’t worth doing at all, and today, I realize that thinking really held me back at the time.  However, on that first day of January 2019, I remember a mindset shift where I told myself I would meditate every day, even if it was just 1 minute per day.

This proved to be my magic formula.  5-10 minutes doesn’t seem like much commitment – until your schedule gets full and emergencies start popping up.  But, who doesn’t have only one minute tucked away somewhere during the day?

Maybe I didn’t get much “benefit” from those one-minute meditations early on, however, what it did do, was allow me to keep my new habit alive – so that it became a habit.

Yes, on February 11, 2022, my 1132-day meditation streak came to end, but to do something each and every day for over three years left me with something way more important than a streak…

It left me with a new habit.