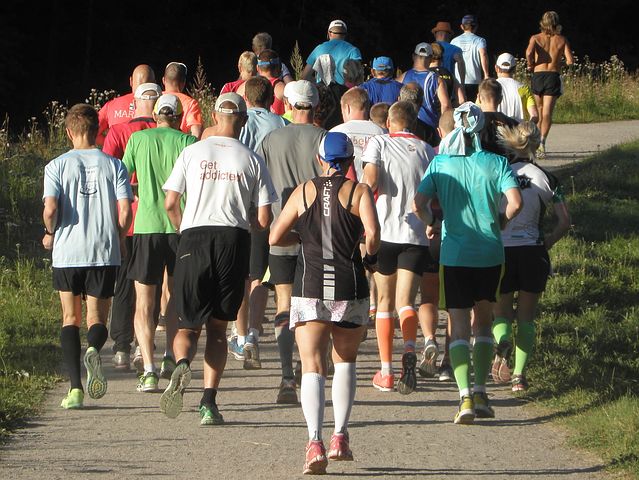 Exercise and Fat Loss – What You Need to Know

I’m going to say something that you’ll be surprised to hear come out of the mouth of a fitness professional.  Brace yourself… exercise alone is a poor choice IF your main goal is to shed fat and lose weight.

There I said it!  Might not be my best marketing tactic, but at least it’s out in the open.  So why would someone who sells exercise for a living make this statement?  Because it appears to be true and I always aim to tell you what you need to hear and not just what you want to hear.

Not only have I seen this play out personally since I first began training clients back in 2003, but the research bears it out as well.

Two years ago before everything got put on hold, I attended the most recent Chicago Perform Better Functional Training Summit – a 3-day event where I learned from the world’s best experts on all things health, fitness, and nutrition.

During one of the sessions, I had the pleasure of sitting in on Alwyn Cosgrove’s talk – Unlocking Fat Loss.  Why is this important?  Well, he and his wife Rachel are the owners of Results Fitness in California, which is not only one of the top gyms in the country, but THE top fat loss gym in the U.S.

There are a few mottos I live by and one of them is when an expert speaks, I shut up, listen, and learn.  Truth be told, I had been learning from the Cosgroves for at least a decade already, so I was familiar with and have been using their methods for some time now.

What made this particular session interesting was that he spent the morning going through the research pertaining to fat loss and exercise and how it has shaped their programming and methods – methods that have been working exceptionally well for their members.

I’m routinely having conversations with people who think they can exercise their way to substantial weight loss, and while it might be possible for some of us, it’s not likely.  If you happen to be reading this, you probably fall into that “not likely” category.

I think this is pretty useful stuff and no one seems to be talking about it, so I’d like to take you through what the research actually says and then give you a plan of attack at the end.

“I need to do more cardio.” This is a statement that I routinely hear mentioned by those looking to burn more calories in order to lose weight.  Seems reasonable, but what does the research say regarding the addition of aerobic exercise and resulting fat loss?

Going back to 1998, a three-month study looked at the addition of 45 minutes of aerobic exercise at 78% of maximum heart rate done 6 days per week for 12 weeks and found it had no effect over dieting alone.  International Journal of Sports Nutrition, Utter et al.

Three months isn’t all that long, so in 2007, researchers did a six-month study where they took two groups – a diet-only group, and a diet plus aerobic exercise group (50 minutes, 5 days per week) and found no additional effect of aerobic exercise on body composition.  Journal of Clinical Endocrinology Metabolism, Redmann et al.

Apparently, they weren’t getting the results they were after because later that year a twelve-month study was done which looked at six hours of aerobic training per week for one year (60 minutes per day, 6 days per week). They found that average weight loss after one year was 3.5 pounds or about 0.3 pounds per month.  Obesity, McTiernan et al.

Obviously, this was a better result than the previous studies, but only 3.5 pounds after an entire year?  Personally, I’m looking for a better method, but that’s just me.

I know what you might be thinking.  These are just a few individual studies; surely you can’t base the whole premise that aerobic exercise isn’t an effective fat loss strategy on these studies alone.  I totally agree.  But there’s more.

Miller et al. published a meta-analysis of the past 25 years of weight loss research investigating diet, exercise, or diet plus exercise. This analysis included over 400 studies comparing diet and diet plus aerobic exercise and concluded that aerobic exercise does not provide a significant advantage over dieting alone.  International Journal of Obesity Related Metabolic Disorders, 1997.

How about one more?

In 2011, the following paper was released – Isolated Aerobic Exercise and Weight Loss: A Systematic Review and Meta-Analysis of Randomized Controlled Trials.  In other words, researchers looked at ALL of the trials available specifically related to aerobic exercise (14 studies involving 1847 participants) and found the average weight loss after 6 months was 3.5 pounds.  After one year, it was 3.74 pounds.  American Journal of Medicine, Thorogood et al.

Their conclusion after analyzing all of the available research: “Our results show that isolated aerobic exercise is not an effective weight loss therapy.”

For numerous reasons, I’m often skeptical over much of the research that I see and hear being reported.  Flawed methodology, small sample sizes, using subjects not representative to the population as a whole – just to name a few.

However, when you take a look at everything that had ever been done and the best you can do is an average weight loss of just 3.74 pounds after one year and after all of that exercise, it starts to explain why there are so many unhappy people out there who can’t figure out why exercise isn’t helping them lose weight.  At least as far as aerobic exercise goes.  Could this be part of the reason why that 5-10 pounds is so hard to lose?

Is there a better way?  The good news is yes, and I will go over some of that research with you next time.

Before I go, please don’t throw your running shoes in the garbage!  From strengthening your heart to reducing the risk of just about every health condition out there, the benefits of aerobic exercise are far and wide.

Running, biking, swimming, walking, or whatever tends to be your pleasure is most certainly beneficial from a health and wellness perspective.  It’s just probably not the best way to burn excess body fat and lose weight (when done in isolation), and that is an important distinction that needs to be made.