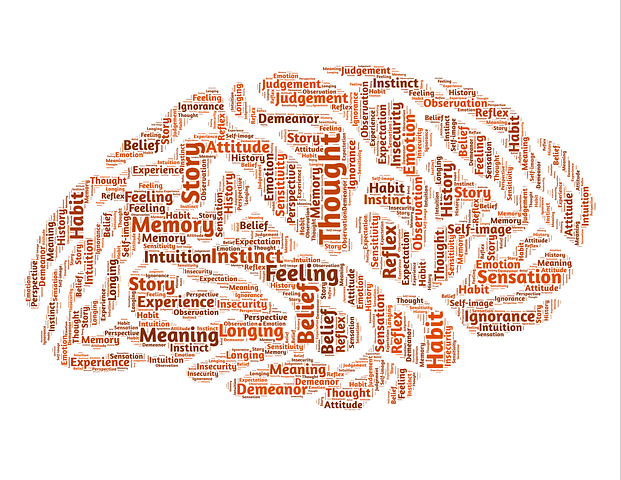 Do You Have Your Mind Right?

Several years ago, I had what you would could call a “come to Jesus” moment where I asked myself – Why do some of my clients get outstanding results, while others manage marginal results at best?  Obviously this is a loaded question with literally hundreds of possible answers ranging from client effort and dedication to me being bad at my job and just about everything in between.

However, when I went back and assessed those clients who were successful in achieving the results they were after, I started to see a pattern.  What I found is that it had less to do with physical ability and more to do with what’s between the ears, or their mindset.

Almost entirely, my most successful clients all have one thing in common – they believe in themselves.  Quite simply, they think they can.  While they might not have the vision on how they will achieve the desired result right then and there, they do know that they can and will get there.

One thing that I can say that I and others in my profession have not paid enough attention to is the extent to which outcomes are controlled by the power of the mind.  I’m totally guilty of this.  While we obsess over details like workout periodization and the ideal diet, it’s all too easy to ignore one’s mindset.

Just like it would not make sense to do the dishes before you ate the meal, might it not be prudent to first make sure we have our mind right before tackling more difficult tasks such as creating new habits and lifestyle changes?

Now have you ever paid attention to what you’re saying to yourself?

Of this total number of thoughts, it is estimated that up to 80% of them are of the negative variety.  So for the average person, that’s up to 40,000 – 56,000 negative thoughts each and every day.  And as it turns out, approximately 98% of the thoughts we have are exactly the same as the day before.

Are you beginning to see the problem here?

The things that we say to ourselves or our self-talk really do have a profound effect on the results we get.  Unfortunately, if we are constantly saying negative things to ourselves, it will surely impact what we want to accomplish.

To further illustrate my point, consider this often-cited 1980s chemotherapy study.  Most are probably familiar with the placebo effect.  This is where an inert or inactive substance is given to a patient or participant to see if it creates either a beneficial response or no response.  This particular study took a look at the nocebo effect where an inactive substance was given to see if it could create a harmful effect.

The researchers took a group of cancer patients and split the group in half.  Half of them were given an actual chemotherapy treatment while the other half was given a water injection but told they were receiving chemo.

The findings were astonishing.

Now let’s apply this to where I spend my days in the world of health and fitness.  Take the client whose goal is to lose 40 pounds of fat and get down to a more healthy body weight.  Do they really want to lose the weight?  Yes, most probably really do.  But, do they really believe that they can lose the weight?

Past exerperince tells me that might be another story.

If it has been proven that we can lose our hair just by thinking about it, it would also seem entirely possible that we could negatively think our way out of losing weight.

If not, just ask yourself this question: If you were to talk to your friends like you talk to yourself, would you still have any friends?

So why do some thrive and attain all of their goals while others seem to get stuck in a flood of negative thoughts and don’t reach their potential?  Carol Dwek, author of the definitive book on mindset, aptly titled Mindset, explains that we each have either what is known as a fixed mindset or a growth mindset.

She states that the view (or mindset) you adopt for yourself profoundly affects the way you lead your life and can determine whether you become the person you want to be and whether you accomplish the things you value. 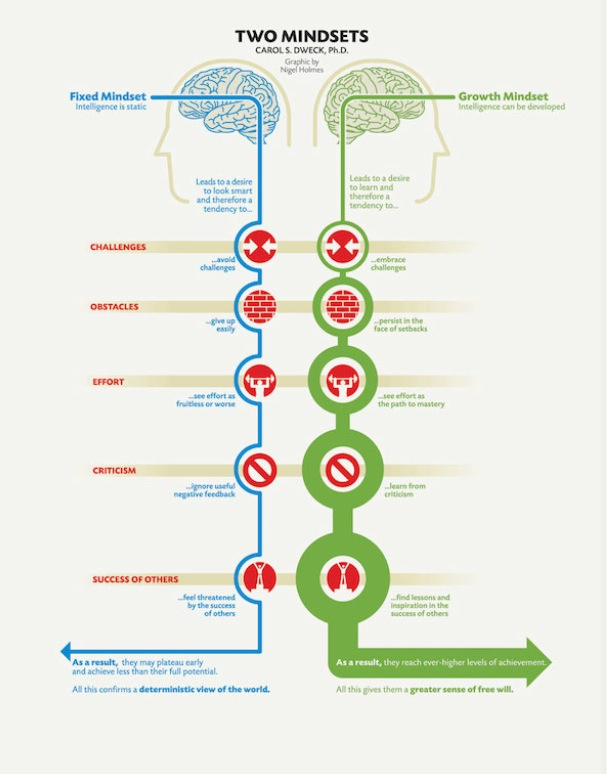 Those with a fixed mindset believe that their qualities are carved in stone, which creates an urgency to prove oneself over and over again.  In this mindset, success is about proving you are smart and talented – validating yourself.  Fixed mindset people believe that if you have ability, you shouldn’t have to work hard and that everything should come naturally.  Either you have it or you don’t.  And most importantly, if you don’t, it’s not worth the effort of trying.

The fixed mindset creates an internal monologue that is focused on judging, and while the growth mindset is still sensitive to negative information, it is more attuned to the implications for learning and future constructive action.

For example, when someone with a fixed mindset fails in their attempt to eat a more healthful diet, they often beat themselves up about it and feel that they are an incompetent, weak, or bad person.  Here the problem solely lies with them as a person.

While a growth-minded individual may still be upset with the results, they take a totally different view of the situation.  Rather than beating themselves up, they ask questions such as, “How can I learn from this?”  Or, “What can I do better next time?”

They realize that the failure doesn’t necessarily have anything to do with them as a person and that the change they tried to make just didn’t work for them.  Most importantly, they are ready and able to make new change – a change that gives them yet another chance to be successful in the future.

The key here is to be able to change our internal monologue from a judging one to a growth-oriented one.  In the end, we have a choice.  Mindsets are just beliefs.  And beliefs are nothing more than thoughts we’ve repeated over and over in our heads until we’ve made them into personal truths.

While it might have taken me longer than I care to admit, I think I finally identified the formula to my successful clients’ results.  They start by getting their mind (thoughts) right.  These thoughts form their beliefs, which then turn into behaviors.  Behaviors lead to actions, which ultimately manifest themselves into results.  There’s the recipe – fairly straightforward.

I don’t know who originally came up with this quote, but it is so fitting, “Whether you believe you can or you can’t, you’re right.”