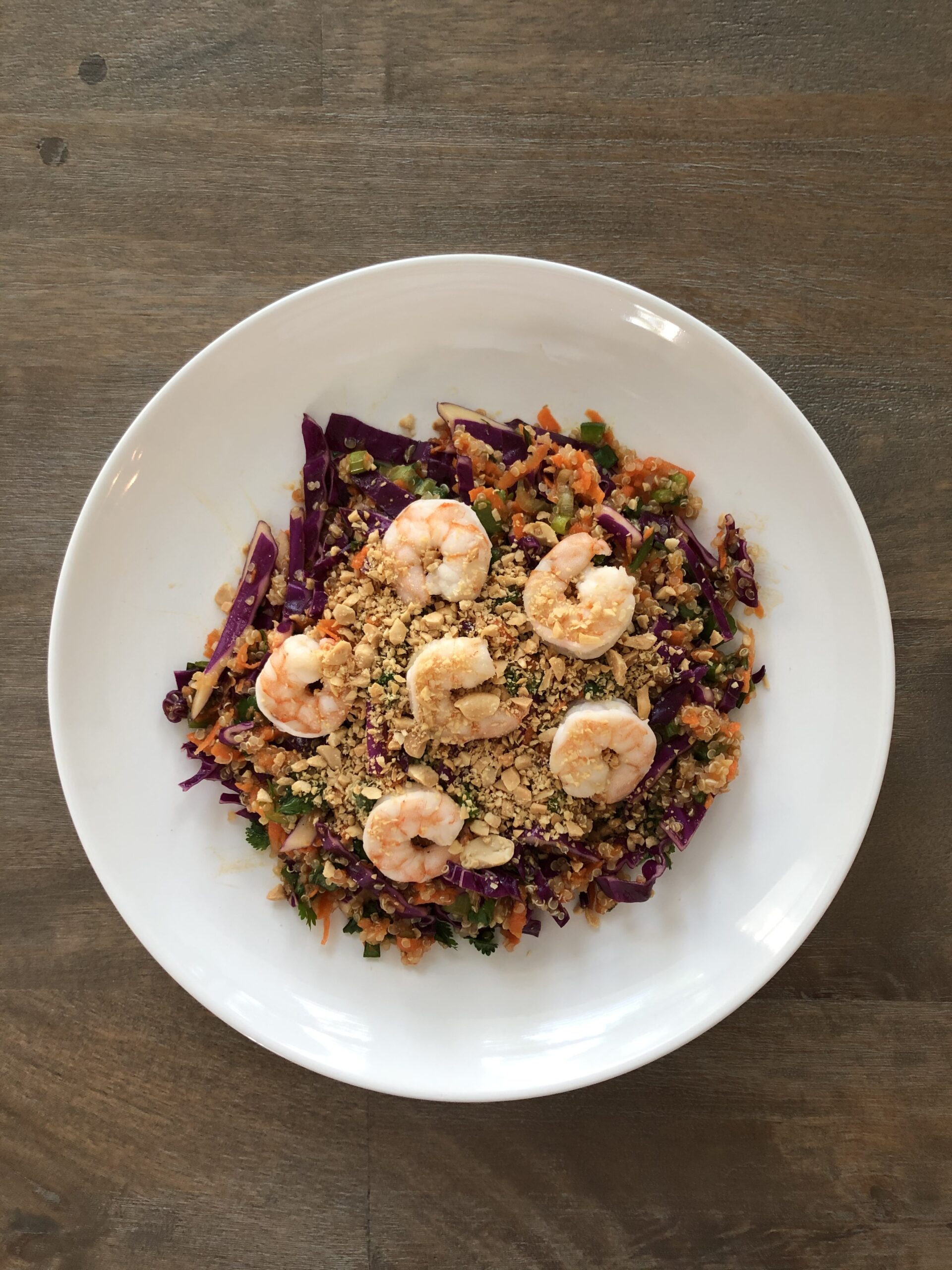 From the very first bite, this recipe became an instant favorite of ours.  What stood out to me was all of the different flavors popping all at once.  When you try it out for yourself, you’ll see that this dish has a whole lot going on.

According to the original recipe, this was intended to be more of a side dish served cold.  However, the first time I made it, Stacy and I were both so hungry that I decided to skip the step of allowing it to cool and instead just ate it warm.  Were we ever rewarded!

In doing so, we felt like it ate like more of a meal than a salad.  I even went one step further by cooking up some shrimp that I had in the freezer to go with it, which has become the way I do it every time now.  And since the shrimp is added at the end, if some don’t want it, just leave it off for them and everyone is happy.

On rare occasions, we do have leftovers and I have tried it cold, the way it was originally intended.  It’s good, but not as good.  At least in my opinion.  If you do choose to try the hot option, just take your quinoa right off the stove and toss it together with everything else and eat it right away.  I simply boil the shrimp which only takes a few minutes and that’s all there is to it.

I’ve made this dish for the entire spectrum of the eating chain.  From vegetarians to hardcore carnivores and even the pickiest of eaters, and guess what?

100% satisfaction with this one every time!

I almost forgot to give credit where credit is due.  This too came from the Run Fast. Cook Fast. Eat Slow Cookbook.