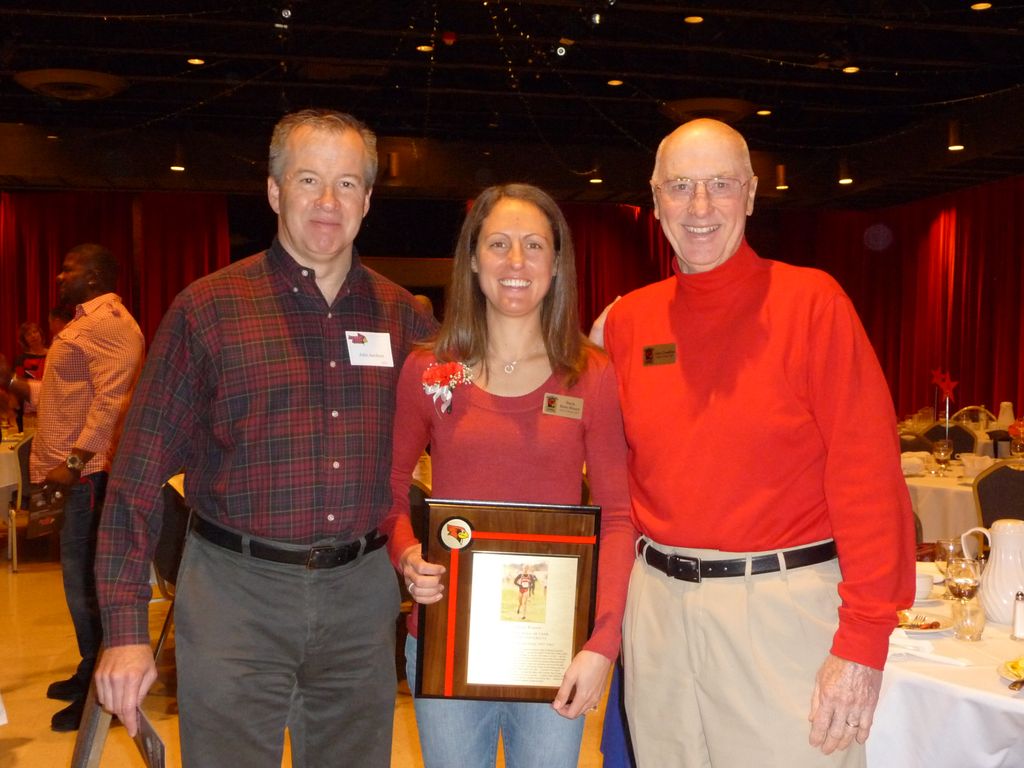 It was the first week of August 1994 with a car packed to the gills, I made the trip down to Normal, Illinois to begin the next chapter of my life.  However, only four short weeks prior, I was planning to make a much longer drive west to Lawrence, Kansas instead.

For some reason that I can’t quite explain, I had still yet to sign the athletic scholarship papers that were sitting on my kitchen table that would officially make me a member of the University of Kansas’ cross-country and track and field teams.

I think I was “getting around to it” when beginning in the last week of June, my parent’s phone started ringing off the hook on daily basis.  On the other end of the line was this guy John Coughlan – head cross-country and track and field coach at Illinois State University.  He had one spot he was still looking to fill, and he wanted me to fill it.

He really wanted me to fill it.  There was only one problem, I didn’t want to go there.  In fact, I distinctly remember telling my mom earlier that year that I wasn’t sure where I wanted to go to college, but I did know for sure that it wasn’t going to be ISU!

I think it was phone call number three where Coach Coughlan eventually wore me down and talked himself into my parent’s living room.

It was at this meeting in the living room where he told my parents and me what he could offer me to run at ISU and I immediately agreed to an on-campus visit the next day!  Now that was not the only factor, but I’d be lying if I said it didn’t matter.

You already know what happened next.

I tell you this because one week ago today, my wife and I made the trip back down to Normal, Illinois to celebrate the life of a man who would go on to change my life in ways I could never have imagined back in that summer of 94.

Looking back as a high school senior, I think I can recall wanting three things from my college experience.  First, to be able to run competitively at a high level for another four years.  Second, to continue to run faster times, and third, get a college degree in something.

Those things did happen.

However, 27 years removed from those original three goals, while making that drive down, I started reflecting on everything else that I gained during that time.  It was quite the list, but here are 10 that stood out.

I learned how to believe in myself.

I learned what delayed gratification is.

I learned how to win and lose gracefully.

I learned how to handle success and disappointment.

I learned to trust the “process.”

I learned to NEVER give up.

I made lifelong friends.

I learned how to deal not only with physical pain but mental and emotional pain as well.  I’ll go on the record right now, those four years of running at the Division 1 level was the HARDEST thing I have ever done in my life.

It has made everything in my life that has happened since then easier to handle.  And when I say everything, I mean everything.

And now for the biggest of them all –  a few years after I arrived, he recruited Stacy to run down there too.  We’ve now been married for 17 years.

Oh yeah, I forgot to tell you, he’s also the winningest coach across all sports in Illinois State University history.

Sure, his coaching record was impressive back then.  It’s still impressive today.  What stands out to me now has nothing to do with that though.

What I remember most today was that he didn’t give up on me.  Even when I was ready to give up on myself.

Here’s the thing.  The running, which was so important to me back then, is of little importance to me right now.  But, that list of 10 things means EVERYTHING.

Things that happened that were not even on my radar back then.  Things that have had a profound effect on my life, and have provided me with so much more than I could have possibly known or expected at the time.

I wanted to tell you this story because I feel it is the perfect metaphor for what I see take place while doing my job today.  It goes something like this:

A client starts with a goal.

The client goes through many ups and downs in pursuit of that goal.

At some point, the client wants to give up.

We push through it together.

The client eventually achieves the goal.

The client learns learns and discovers some important things about him/herself.

Now I don’t know where you happen to be on your health and fitness journey, but do realize that it is a journey.  Sometimes achieving the original goal is and remains the most important thing, but sometimes it’s not.

Quite often, it’s the unexpected things you learn and acquire along your journey that turn out to be the most important.