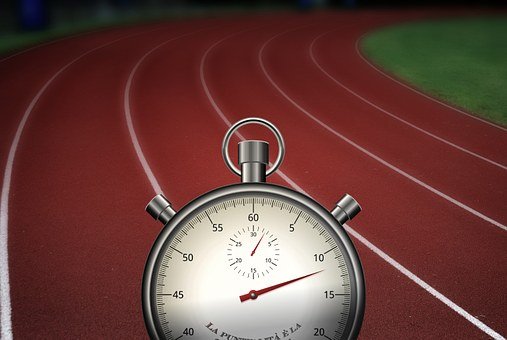 Exercise and Fat Loss – What You Need to Know: Part 3

By now you should have an appreciation of how resistance training contributes to fat loss, so my objective for today is to cover the second big rock in this process – interval training.

Please note, before I go any further, it would be helpful to check out part 1 and part 2 if you haven’t done so already.

When you hear the words “interval training” it might be helpful to think of it as a time-saving type of exercise with a huge bang for your buck potential, at least in comparison to traditional “cardio” or steady-state aerobic exercise.

To better illustrate this point, here are a couple of eye-opening studies you should check out:

They determined the energy cost (total amount of calories burned) for the endurance training to be 28,661 calories, while the interval training came in at 13,614 calories (less than half).

However, even though less than half the amount of calories were burned, the interval training group showed a NINE times greater loss in subcutaneous fat than the endurance group (when corrected for energy cost).  Impact of Exercise Intensity on Body Fitness and Skeletal Muscle Metabolism.  Metabolism, 1994.

The results were staggering – fat loss was 114% more with interval training than steady state.  Run Sprint Interval Training Improves Aerobic Performance But Not Max Cardiac Output.  Medicine and Science in Sports and Exercise, 2010.

This is important, so please allow me to further break it down.

The steady-state group also trained 3 times and accumulated 180 minutes of exercise per week and 1080 minutes over the course of the six weeks.

In the end, the interval training group had 114% more fat loss with less than half the time commitment and 5% of the exercise time.  I don’t know about you, but I’m having a really difficult time seeing the need for endless cardio if fat loss is the end goal.

So I think this begs the obvious question, if interval training works so well, how come more people aren’t doing it?

In my opinion, there are two main reasons:

First off, it’s not always pleasant to do.  Depending upon the length of the interval and the corresponding recovery time, it can really burn.  I’ve come to appreciate the fact that most folks don’t like the sensation of every muscle in their body feeling like it’s on fire, and oh yeah, feeling like you can’t breathe at the same time.

I don’t want to get too into the weeds, but there are different types of interval training – namely, anaerobic and aerobic.  While the intervals can last from 10 seconds to 10 minutes and beyond, they do need to be of a high enough intensity to produce the above results.  Most people I know would rather stay in their comfort zone of an easy to moderately paced walk, run, or ride.

Second, I simply don’t think that people believe it works.  Based on past experience, most of you will probably not believe the results of the above-referenced studies.  Calorie count only thinking is a hard thing to get past.  Especially when it has been drilled into your head for decades.

It seems too good to be true, right?  I hear you.  I was the king of logging miles back in the day and would have dismissed it myself.  Then in an effort to simplify and save time, I gave it try myself and have never looked back.

All of the research I have presented over these last three articles demonstrates two very important points:

First, interval and resistance training can save you a bunch of time.  And second, while total calories burned is an important factor, it also matters HOW you burn the calorie.

We get hung up on the total number of calories burned for an exercise session and think this is all that matters.  If fat loss is the goal, then you need to think beyond the exercise session itself.  Is there a way for your body to keep burning calories at an elevated rate throughout the remainder of the day even after your workout is over?

In the case of resistance training, not only are you burning calories but you’re also gaining or at least maintaining muscle mass, which in turn increases your resting metabolic rate (RMR).  The higher your RMR, the more calories you burn while sitting at your desk, watching television, and while you sleep.

Your RMR is where it’s at if you’re concerned with fat loss.  After all, I would venture to say you spend a heck of a lot more time not exercising than exercising, correct?  If so, then that’s what you need to try and maximize.

Resistance training along with interval training also produces something known as EPOC or Exercise Post Oxygen Consumption.  It’s defined as the recovery of the metabolic rate back to pre-exercise levels.  For simplicity’s sake, think the harder you exercise, the higher the EPOC produced, and the more calories your body needs to burn in order to recover.  Again, RMR is maximized.

Depending upon the intensity of your exercise session, EPOC could be raised for several minutes after light exercise to over 24 hours for hard and intense exercise.  This leads to better hormone regulation and glucose control, which results in greater fat and weight loss in a shorter period of time.

Okay, so now you should have a reference point as to the effectiveness of resistance and interval training on fat loss, but how do you put it all together into a program?

Stay tuned and I’ll go over what this looks like next time.